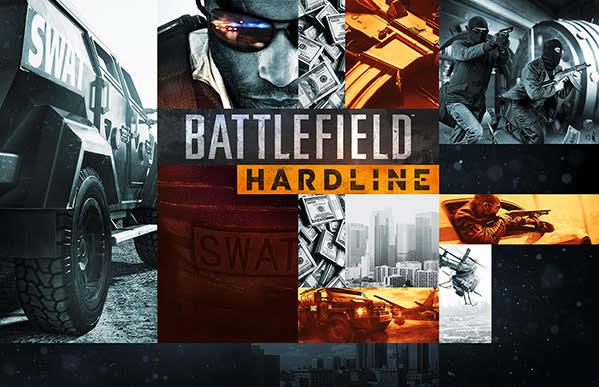 Recently, the existence of the cops and robbers-themed Battlefield Hardline was revealed, first by leaked assets, then by a full-fledged trailer seen above. However, Steve Papoutsis, vice president of developer Visceral Games, claims you shouldn't pay too much heed to that footage.

"So yeah, that happened. Not how we wanted to unveil Hardline, but all good. Didn't want to wait til E3 anyway, so let's talk about it...," Papoutsis tweeted, confirming the authenticity of the footage. "Video that's out there was for an internal meeting," Papoutsis then added. "It's 6 months old now and team has been cranking since then. See the real deal at E3."

Papoutsis later linked an official EA blog entry where he explains how Visceral Games (a studio best known for the interstellar horror of the Dead Space series) was tapped to helm the next entry in the Battlefield franchise. Papoutsis offers no further information on what we might expect from Battlefield Hardline, though he does mention that the game's official, public unveiling will take place on June 9 at 3PM Eastern Time.
[Image: EA]
All products recommended by Engadget are selected by our editorial team, independent of our parent company. Some of our stories include affiliate links. If you buy something through one of these links, we may earn an affiliate commission.