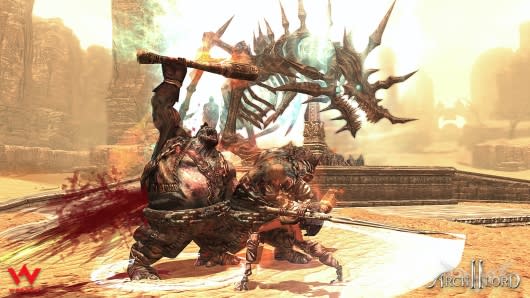 The sequel to Archlord will be revving up its beta test program this month. Webzen announced today that the PvP-centric Archlord 2 is planning on starting its closed beta in June for those who played the first game, have snagged a key, or who perhaps beg for one on the official Facebook page.

There will not be an NDA for the beta program. Players have added incentive to get into the closed beta, as testers will get a "special gift" when the title transitions into open beta.

If you're curious about Archlord 2, check out the intro video to the MMO after the break!

In this article: archlord, archlord-2, archlord-2-beta, beta, f2p, fantasy, free-to-play, open-beta, pvp, trailer, video, webzen
All products recommended by Engadget are selected by our editorial team, independent of our parent company. Some of our stories include affiliate links. If you buy something through one of these links, we may earn an affiliate commission.