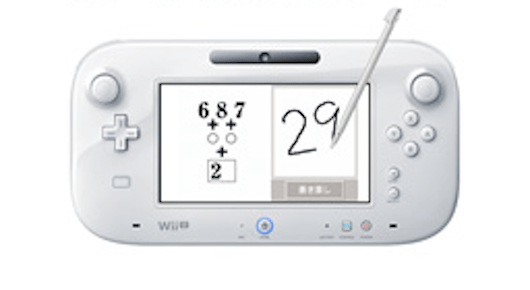 Puzzle-poser Brain Age is the first DS game to arrive on Wii U Virtual Console, and it's out now in Japan for free until June 30.

Nintendo revealed plans in January to add the DS to Virtual Console on Wii U, but it's unknown if Brain Age is headed West or when other DS games may come to the system. When approached on the matter, a spokesperson for Nintendo UK told Joystiq, "We have nothing to announce at this time."

To use its oh-so-catchy full title, Brain Age: Train Your Brain in Minutes a Day! hit Japan's store shelves back in 2005. The West didn't see it until 2006, but that didn't stop the brain-teaser going on to notch 19 million sales worldwide.

It also didn't stop our love affair with Dr Kawashima's floating polygonal dome, even if he couldn't understand our thick Manchester accent.
[Image: Nintendo]
In this article: Brain-Age, ds, free, japan, nintendo, release-date, virtual-console, wii-u
All products recommended by Engadget are selected by our editorial team, independent of our parent company. Some of our stories include affiliate links. If you buy something through one of these links, we may earn an affiliate commission.