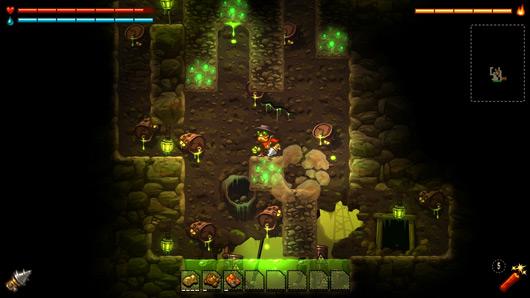 Mining adventure game SteamWorld Dig will receive a Wii U version, developer Image and Form announced today. The game first launched on 3DS in August 2013 before arriving on PC and Mac (seen above) in December. PS4 and Vita versions were announced in February, and are expected to launch this year.

SteamWorld Dig is a 2D platform game that blends the action of Mr. Driller and Mossmouth's Spelunky, in which players dig beneath the town of Tumbleton to uncover secrets in its mines. Players search for cash to upgrade their abilities and valuable minerals such as coal to keep their lights going. Image and Form isn't sure how it will use the Wii U's Game Pad and Miiverse in SteamWorld Dig yet, but is certain the game is "perfect" for the console.
[Image: Image and Form]
In this article: image-and-form, mining, nintendo, Platformer, port, steamworld-dig, wii-u
All products recommended by Engadget are selected by our editorial team, independent of our parent company. Some of our stories include affiliate links. If you buy something through one of these links, we may earn an affiliate commission.