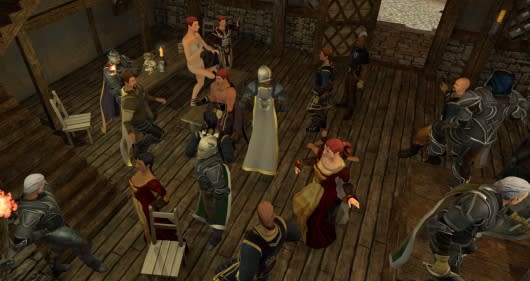 An "epic" Shroud of the Avatar update this week revealed that Portalarium is making significant changes to its pledge tiers and store offerings. These changes include the ability to obtain more than one character per account, two additional pledge tiers, and a stretch goal store with horse mounts.

Portalarium also showed off the new row house, concept art for the city of Ardoris, and announced the ability to purchase player-owned towns. These towns won't come cheap, however: Prices start at $750 and go up to $4000 for the privilege.

Shroud of the Avatar will be re-opening Release 6 for play from June 9th through June 13th.
In this article: avatar, castle, crowdfunding, event, fantasy, giveaway, housing, in-game-event, in-game-events, kickstarter, lord-british, player-housing, player-owned-towns, player-towns, portalarium, release-9, richard-garriott, shroud, shroud-of-the-avatar, SOTA, update
All products recommended by Engadget are selected by our editorial team, independent of our parent company. Some of our stories include affiliate links. If you buy something through one of these links, we may earn an affiliate commission.