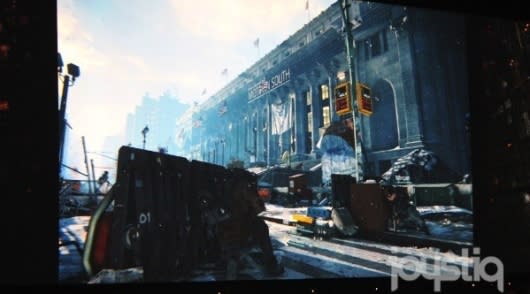 While The Division has been delayed until next year, players will have their choice of platforms on which to play it. Unless, of course, those players really want to have the newest updates every time, in which case they're going to need to play on the Xbox One. At Microsoft's E3 opening presentation, developers revealed that content will come to The Division on the console first, prior to the PlayStation 4 or the PC.

The announcement was accompanied by a brief gameplay trailer and some recap of the game's mechanics and setting. While it was originally scheduled to launch this year, the game was officially delayed until 2015 last month.

Massively's on the ground in Los Angeles during the week of June 10-12, bringing you all the best news from E3 2014. We're covering everything from WildStar and Landmark to Skyforge and H1Z1, so stay tuned!

In this article: con, console, consoles, content, convention, convention-coverage, e3, e3-2014, electronic-entertainment-expo, event-coverage, expo, massively-event-coverage, news, news-items, patch, patches, pc, playstation-4, ps4, the-division, the-division-pc, tom-clancy, trailer, trailers, ubisoft, update, updates, video, videos, xb1, xbone, xbox-one
All products recommended by Engadget are selected by our editorial team, independent of our parent company. Some of our stories include affiliate links. If you buy something through one of these links, we may earn an affiliate commission.