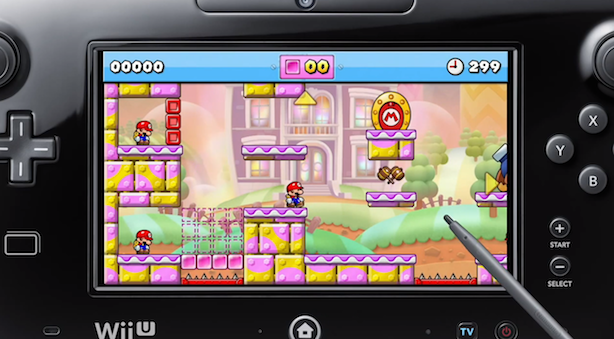 That mini Mario factory just doesn't let up – Mario vs. Donkey Kong is coming to the Wii U eShop, as revealed by a debut trailer on Nintendo's YouTube channel. In the trailer, the player uses the stylus to guide wind-up heroes over spikes, steep drops and other obstacles that are generally hazardous to miniature toys, but levels can also be created and shared over Miiverse.

A star-based currency can be spent to unlock new level-building components or figurines like Luigi. If you're feeling particularly generous, you can leave star-based tips for the creators of stages played on Miiverse. Comments can also be left on pages displaying stages for download, in case players get stumped on a solution or just want to tell others whether a level is worth playing.
In this article: eshop, nintendo, wii-u
All products recommended by Engadget are selected by our editorial team, independent of our parent company. Some of our stories include affiliate links. If you buy something through one of these links, we may earn an affiliate commission.