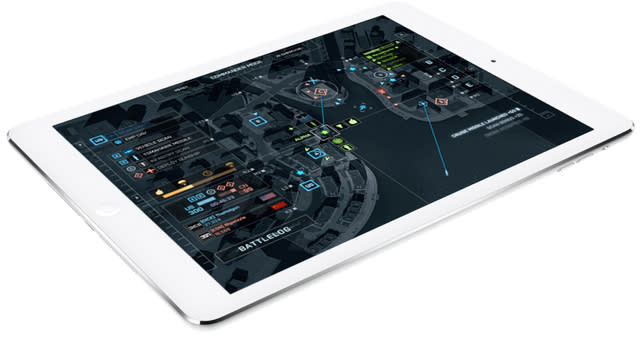 At E3 2012 and 2013, you couldn't go five minutes without hearing a game developer or executive pushing second screen experiences. Xbox SmartGlass, the PlayStation App, Battlefield 4 Commander, and even teasers for games like The Division were all about getting you to use your iPad or iPhone alongside the primary game experience on your TV. This year, things have changed.

I didn't catch a single notable mention of second screen functionality from any of the major keynotes this time around. Not even Microsoft -- which was one of the biggest supporters of the idea -- bothered to devote time to it. There's a good reason for that: Nobody seems to give a hot damn about it anymore.

That sentiment seems to be shared by gamers as well, and the app rankings illustrate that quite well:

But those are just the console apps, and nobody ever really expected those to be great, right? Surely a game like Battlefield 4 -- with a dedicated community of hardcore gamers and a ton of content updates throughout the year -- will fare better.

So what's the deal? Well it seems that gamers quite simply don't want a second screen experience. Sure, sending messages to one of my PlayStation friends from my iPad is neat, but it's certainly nothing groundbreaking. Even the Battlefield app -- which I actually really enjoyed, by the way -- just doesn't have the kind of addictive bite as basically any real iOS game on the top sellers chart.

Luckily for the likes of Sony and Microsoft, they didn't really go all-in on second screen gaming, but the same can't be said for Nintendo. Determined not to support smart devices in any way, Nintendo just went ahead and included its own tablet with the Wii U console. That decision has put the Wii U in a race for relevancy as game developers abandon the second screen entirely and struggle to turn a profit with games published on Nintendo's console.

So where does that leave iOS devotees? Luckily, the quality of App Store games has only ever gotten better and better, so don't fret over your unused console apps and boring second screen functionality, at this point it seems it was nothing more than a failed experiment that console gamers would now prefer to forget.

In this article: apps, battlefield commander, gamers, gaming, playstation, second screen, xbox
All products recommended by Engadget are selected by our editorial team, independent of our parent company. Some of our stories include affiliate links. If you buy something through one of these links, we may earn an affiliate commission.