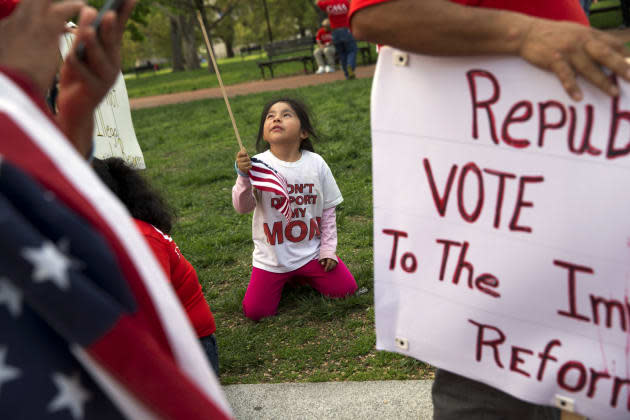 Nobel-winning biochemist Thomas Südhof isn't necessarily a household name, but he is an incredibly accomplished gentleman with a delightful German accent. Südhof took up citizenship in the United States, he says in a video released by the White House (seen below), because he was "looking for opportunities to contribute." As such, he's banded together with a crew of other Nobel Prize winners from STEM fields -- Science, Technology, Engineering and Mathematics -- to support immigration reform.

So, why are these Nobel Laureates working with the White House on immigration reform? Biologist Randy Schekman sums it up nicely at the top of the video: "close to one-third" of the membership of the National Academy of Sciences is made up of folks who came to the United States from abroad. In so many words, many of the US' top STEM leaders weren't born in the US, but later came to embrace US citizenship. These Nobel Prize winners -- and the White House -- believe the immigration reform bill that's waiting for the House of Representatives to vote on will entice even more STEM leaders to move to the US.

The video is part of a bigger initiative the White House is pushing to pressure the United States House of Representatives into passing the "Border Security, Economic Opportunity, and Immigration Modernization Act" (PDF). Having successfully passed the US Senate last summer, the bipartisan bill is sitting in limbo while the House decides whether or not to hear it. Should the House not take up the bill for voting soon, it'll likely be some time before any action is taken; with midterm elections this fall, hope for a vote will disappear sooner than later.

Beyond the video, the White House is publishing several blog posts that aim to, "highlight the importance and history of high-skilled immigrants to keeping our nation's economy on the forefront of innovation," a White House spokesperson said. We're told that folks from the world of tech may even be involved -- not exactly a first for Silicon Valley's big names.

Regardless, consider today the kickoff for the White House's tech and science arm getting involved in the immigration reform debate. And expect an even bigger push at this Wednesday's first-ever White House Maker Faire; a video detailing said "faire" is just below.