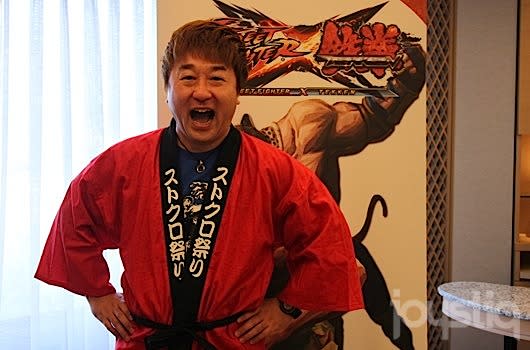 In a surprising move, Yoshinori Ono, a longtime Capcom fixture best known for his work as producer of the Street Fighter 4 line of fighting games, has announced his departure from Capcom Vancouver.

"I resigned from the director position about Capcom Vancouver. Thanks good staff of Capcom Vancouver, and Dead Rising staff," Ono tweeted earlier today. "I had take some time, I think over very carefully about next things. I'd like to watch TV for Brazil World Cup before thinking it!" he later added.

Though he plainly states that he's left Capcom Vancouver, it's unclear what future Ono might have in Capcom's larger corporate umbrella. As EventHubs points out, Ono was promoted to the rank of corporate officer at Capcom Japan in April, and as far as anyone knows, he has not resigned from that role. We've attempted to pry more information from Capcom itself, though the company offered only a boilerplate "no comment."

Update: Yoshinori Ono has offered further clarification on his future plans via Twitter. "My position within Capcom has not changed and I'm still involved in all of the projects that I'm currently working on," Ono stated, before adding, "Only my role for Capcom Vancouver has ended."
In this article: capcom, capcom-vancouver, dead-rising, street-fighter, street-fighter-4, yoshinori-ono
All products recommended by Engadget are selected by our editorial team, independent of our parent company. Some of our stories include affiliate links. If you buy something through one of these links, we may earn an affiliate commission.