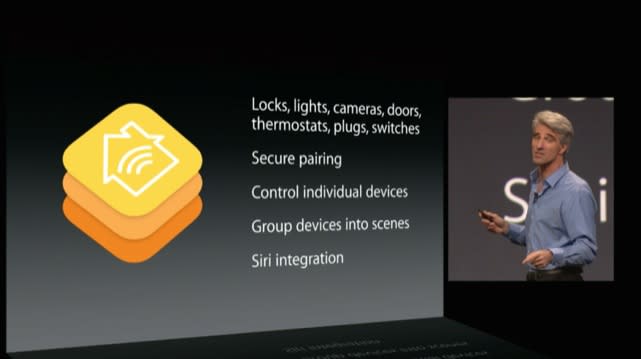 Google's $3.2 billion acquisition of Nest was interesting on a number of fronts. Not only did it result in a slew of ex-Apple employees finding themselves under the employ of Google, but it also prompted many to wonder, "Why didn't Apple buy Nest?"

After all, on paper it appeared that an Apple/Nest acquisition was a match made in heaven. Not only was the company led by former Apple executive Tony Fadell, but the design of the Nest Thermostat itself was lauded for bringing a more intuitive and compelling user experience to an otherwise boring thermostat market.

While it remains to be seen what Fadell and his team come up with now that they have the full weight of Google behind them, two recent events bear out that Apple acquiring Nest would have made a great headline, but wouldn't have necessarily been a smart strategic move.

First, we have the Honeywell Lyric. Yep, Nest isn't the only game in town anymore as the company long associated with thermostats has decided to jump into the 21st century with its own take on a modern thermostat. The device looks awfully similar to Nest's design and was designed to be a mobile-based product. The Verge recently ran an extensive review of the Lyric and it looks like a serious competitor to Nest on all fronts. You can check out some of the Lyric's features over here.

Now imagine, for a second, what the landscape would look like if Apple had acquired Nest. The team would be toiling away at new iterations of the Nest Thermostat, and just like that, Apple is expending resources to compete against Honeywell and other competitors.

Which brings me to point number two; the recent introduction of HomeKit.

Introduced at WWDC 2014, HomeKit provides a new framework for connected devices within the iOS ecosystem. HomeKit is expected to work with home items as varied as locks, lights, doors, thermostats and more. What's more, Apple at WWDC announced that it had partnered up with a number of big name companies, including Honeywell, Philips, iHome, Haier, and Osram Sylvania. Nest may be the front runner with respect to thermostats and the like, but HomeKit has a broader objective, namely to make iOS the central hub for all connected devices. More so than manufacturing and selling peripheral devices like thermostats on its own, Apple is aiming to make the HomeKit framework so prevalent and appealing to developers that all third party hardware peripherals will want to tie into it.

From Apple's vantage point, competing in all of the areas where HomeKit is looking to make an impact would be an exercise in futility. A far simpler approach, and indeed the one Apple pursued, was to let third party manufacturers continue to do what they do best and develop an attractive framework they can tie their products into.

Further, with Apple aiming to get HomeKit off the ground, what better way to scare away partners than to tell them that, "Oh yeah, we'll also be competing against you guys." Instead of selling a swing set, Apple is creating a playground for others to join.

All together, the impending release of Honewell's Lyric thermostat and Apple's HomeKit suggest that Apple's ideal role in the burgeoning smarthome market is as a facilitator, not an active participant. To that end, Apple buying Nest would have made for a short term sexy headline, but a long term impediment on the company's longer term plan to make the entirety of the iOS experience more attractive than anything else out there on the market.

In this article: homekit, Honeywell, honeywell lyric, opinion, strategy
All products recommended by Engadget are selected by our editorial team, independent of our parent company. Some of our stories include affiliate links. If you buy something through one of these links, we may earn an affiliate commission.