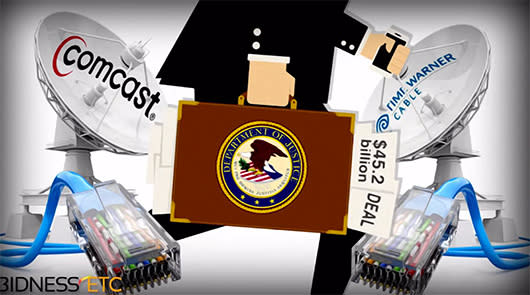 PBS' YouTube series Game/Show is generally apolitical, instead focusing on lighter topics such as the morality of cheating and our collective Hylian nostalgia, but in its latest entry Game/Show tackles net neutrality, and more specifically, how it impacts gamers.

For those unaware, net neutrality refers to the idea that Internet service providers allow all web traffic, regardless of its source, to reach consumers with the same urgency. A lack of net neutrality would allow ISPs to offer certain content creators preferential treatment, most likely by setting up a fee structure. If, say, Google wants its search results to reach consumers in a timely manner, it would have to pay these fees to avoid having its traffic throttled. While large corporations would, in all likelihood, be able to afford such fees, smaller content creators could be priced out of the market, removing the freedom that's been an inherent component of the Internet since its creation.

Of course, the end of 'net neutrality would also impact anyone hoping to play games over the interwebs. Though Game/Show is only focusing on a small slice of this volatile debate, it's a slice that's particularly relevant to our readers - and unlike your Internet service provider, PBS has no direct monetary interest in the topic.
[Image: PBS]
In this article: net-neutrality, pbs-gameshow, politics
All products recommended by Engadget are selected by our editorial team, independent of our parent company. Some of our stories include affiliate links. If you buy something through one of these links, we may earn an affiliate commission.