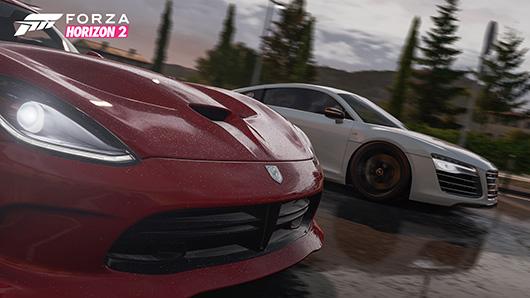 "It's based in the same world, it's based on the same themes," Fulton said. "Rather than thinking of them as the same game on different platforms, they are different games inspired by the same ideas."

Microsoft previously announced that the Xbox 360 edition of Forza Horizon 2 is developed by Sonic & Sega All-Stars Racing developer Sumo Digital, while the Xbox One version is backed by Playground Games, and is based on the Forza Motorsport 5 engine.

Fulton additionally revealed that the Xbox One version of Forza Horizon 2 will employ Forza 5's Drivatar system, and will boast platform-exclusive features like 1080p resolution and a new weather system.

[Image: Microsoft]
In this article: forza-horizon-2, microsoft, playground-games, sumo-digital, xbox, xbox-one
All products recommended by Engadget are selected by our editorial team, independent of our parent company. Some of our stories include affiliate links. If you buy something through one of these links, we may earn an affiliate commission.