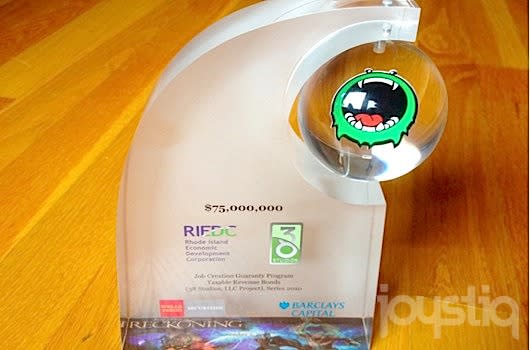 Rhode Island Secretary of State Ralph Mollis has issued letters to four individuals, requesting their presence in court on July 1 to determine if attempts were made to lobby lawmakers following the costly collapse of game developer 38 Studios.

"Our office has been diligently investigating who, if anyone, lobbied lawmakers regarding 38 Studios," Mollis said in an official statement sent to local media outlet WPRI. "It is our goal to uncover any lobbying violations, which may have occurred without our knowledge, which is why our office has sent letters of inquiry to all parties who we feel may have been involved in lobbying activity, and may be in violation of lobbying laws."

A letter obtained by WPRI, sent from Mollis to Corso, alleges that the attorney met with members of the Rhode Island General Assembly and other lawmakers on "numerous" occasions "for the purposes of influencing policy–making decisions or policy-making actions of the public corporation." Corso's lawyers, in turn, deny Mollis' claims, and demand more evidence of wrong-doing.
[Image: 38 Studios]
In this article: 38-studios, business, curt-schilling, law, legal, rhode-island
All products recommended by Engadget are selected by our editorial team, independent of our parent company. Some of our stories include affiliate links. If you buy something through one of these links, we may earn an affiliate commission.