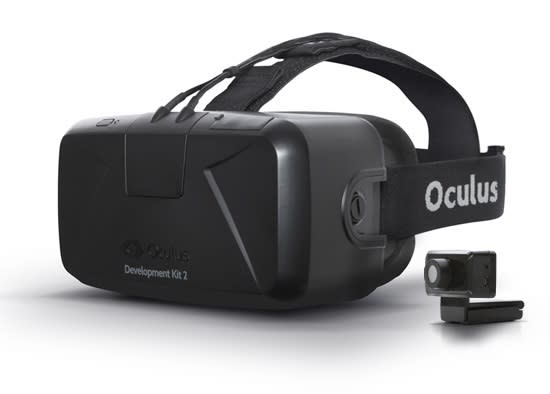 The next prototype development kits for Oculus Rift are now shipping, the virtual reality headset manufacturer announced this week. Sales of the $350 second kit have reached 45,000, an increase of 20,000 headsets since April. Pre-orders for the second kit started in March, just before Oculus VR was purchased by Facebook for $2 billion. The kits are expected to reach developers by the week of July 14.

Oculus VR has been busy these last few months. It acquired the Xbox 360 controller design team Carbon Design last week, Steam pioneer Jason Holtman in early June, former Valve VR head Atman Binstock in March and ID Software Co-Founder John Carmack in August.
[Image: Oculus VR]
In this article: dev-kit, development, development-kit, dk2, oculus, oculus-rift, oculus-vr, OculusRift, pc
All products recommended by Engadget are selected by our editorial team, independent of our parent company. Some of our stories include affiliate links. If you buy something through one of these links, we may earn an affiliate commission.