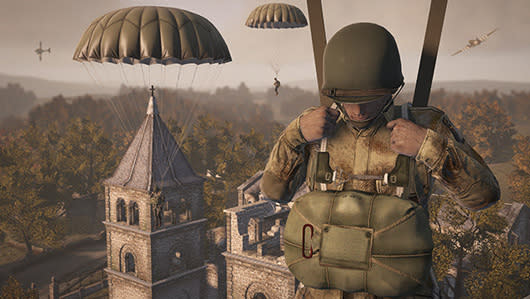 Reto-Moto has released a new update for its World War II strategy/shooter Heroes & Generals. Codenamed "Quesada," the patch brings paratroopers to the game and allows players to jump out of C-47 Skytrains or Junkers Ju-52s and "perform surprise attacks" on the battlefield.

Quesada also features new uniform variations for classes including US Recon, US Paratrooper, German Tank Crew, German Recon, and German Paratrooper. You can see the full list of tweaks and additions via the patch changelog.

[Source: Reto-Moto press release]
In this article: f2p, free-to-play, heroes-and-generals, historical, mmo-shooter, paratroopers, pvp, reto-moto, shooter, world-war-2, world-war-ii
All products recommended by Engadget are selected by our editorial team, independent of our parent company. Some of our stories include affiliate links. If you buy something through one of these links, we may earn an affiliate commission.