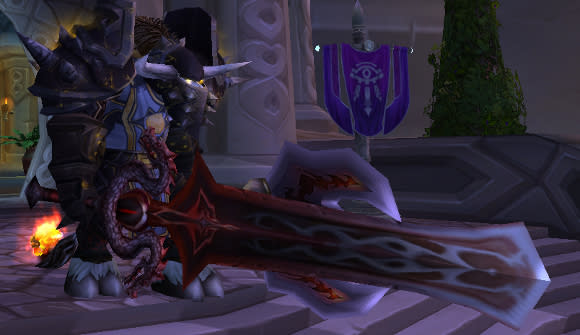 Certain features in World of Warcraft changed the game so thoroughly for me that there's a clear demarcation between how it was before them and how it is now. One example is the Dungeon Finder -- in the time before it rolled out, people had very little idea of how it would function and people who worked for websites that talk about World of Warcraft might even have dismissed it out of hand as pointless. It may have been said (and I'm not sure who would have been short sighted enough to say this, certainly not by me oh my no, ahem, is it hot in here?) that there wasn't really any reason to introduce such a feature to WoW, that people were doing fine finding groups on their own.

Other features come to mind as game changers - flying mounts, arenas, transmogrification, and looking for raid for starters. What feature do you think changed the game most, whether for good or ill? What changed it the most for you?