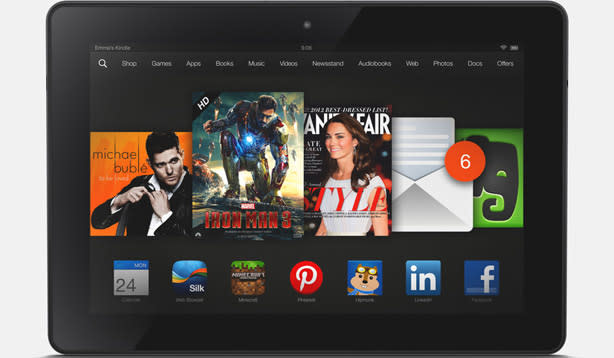 The U.S. Federal Trade Commission has sued online retailer Amazon for refusing to change its framework for purchases made within its hosted mobile apps, according to a Reuters report.

The lawsuit is an expected result of Amazon's denial of FTC-issued requests to change its in-app purchase policies. To meet FTC guidelines, Amazon would need to add another layer of password protection and overhaul its refund policies in order to curb in-app purchases made by children without parental permission. In a recent letter to the FTC, Amazon noted that it prefers to "defend our approach in court," rather than change its policies.

The FTC's lawsuit seeks refunds for affected customers and a ban on unlimited purchases within Amazon apps. Apple issued more than $32.5 million in refunds to App Store customers following a similar FTC complaint earlier this year.

[Image: Amazon]
In this article: amazon, android, ftc, in-app-purchases, lawsuit, legal, mobile
All products recommended by Engadget are selected by our editorial team, independent of our parent company. Some of our stories include affiliate links. If you buy something through one of these links, we may earn an affiliate commission.