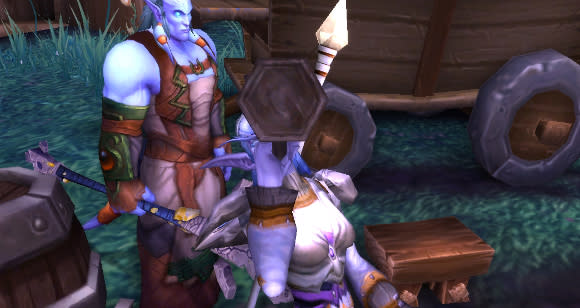 The latest Warlords of Draenor build, meticulously datamined as always by the fine folks at Wowhead, reveals a ton in the way of Garrison achievements. Seriously, there are oodles of points to be earned in and around your Garrison. You can get achievements for Garrison buildings, Garrison Followers, Garrison levels, Garrison missions, and Garrison invasions. The glut of ways to earn achievement points should have dedicated achievement hunters licking their chops in anticipation.

Garrison LevelingGarrison FollowersGarrison MissionsGarrison InvasionsAs you can see, there are an enormous amount of Garrison-related achievements. All the options should give achievement hunters plenty of things to do in the upcoming expansion, and provide us with lots of new ways to earn those coveted nerd points. Beta reports on the Garrisons indicate that there's still some kinks to be worked out, but all the related achievements datamined this build demonstrate even further that player Garrisons will be an important part of the upcoming expansion.
In this article: Achievements, datamining, garrison-achievements, garrisons, warlords-builds, warlords-of-draenor-beta, wowhead, wowhead-features
All products recommended by Engadget are selected by our editorial team, independent of our parent company. Some of our stories include affiliate links. If you buy something through one of these links, we may earn an affiliate commission.