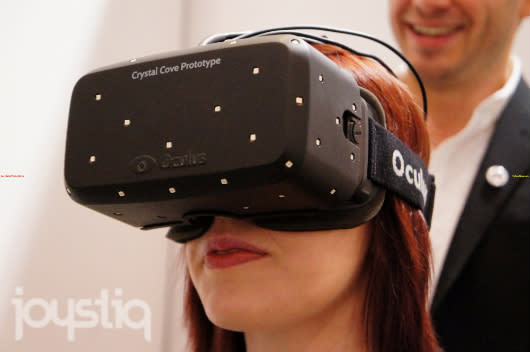 If you've pre-ordered a second-generation Rift headset, don't expect to sell the gadget on eBay. Oculus VR has begun canceling orders for anyone hoping to turn a quick profit.

The Oculus Rift developer community was recently outraged by an eBay listing which promoted a pre-ordered Oculus Rift Developer's Kit 2 for $5,000 - a sizeable markup over the gadget's $300 base price. Oculus VR quickly investigated the seller and canceled the pre-order. The listing vanished a short time later. This then prompted a deluge of community members reporting online auction listings, and numerous pre-orders were canceled as a result.

Though its hammer of justice is swift, Oculus assures community members that the company performs due diligence before canceling any pre-orders. "Just so everyone is clear, the information provided alone was not enough to take action," Oculus stated, according to a TechCrunch report. "We perform our own investigations with tools at our disposal to make sure that there isn't a false positive."
[Image: Oculus VR]
In this article: auction, ebay, oculus-rift, oculus-vr, pc, pre-order
All products recommended by Engadget are selected by our editorial team, independent of our parent company. Some of our stories include affiliate links. If you buy something through one of these links, we may earn an affiliate commission.