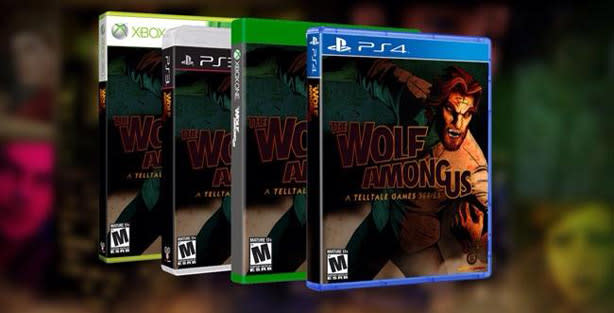 Telltale Games confirmed today that its Fables-based adventure game series The Wolf Among Us will be collected in retail bundles for the Xbox 360, Xbox One, PlayStation 3, and PlayStation 4 later this year.

Telltale's confirmation follows up on the game's database appearances at GameStop, Best Buy, and GameFly, among other retailers. The series recently wrapped up on all available platforms with the release of its fifth and final episode, "Cry Wolf."

A specific release date for the retail version of The Wolf Among Us was not announced.

[Image: Telltale Games]
In this article: microsoft, playstation, ps3, ps4, retail, telltale-games, the-wolf-among-us, xbox, xbox-one
All products recommended by Engadget are selected by our editorial team, independent of our parent company. Some of our stories include affiliate links. If you buy something through one of these links, we may earn an affiliate commission.