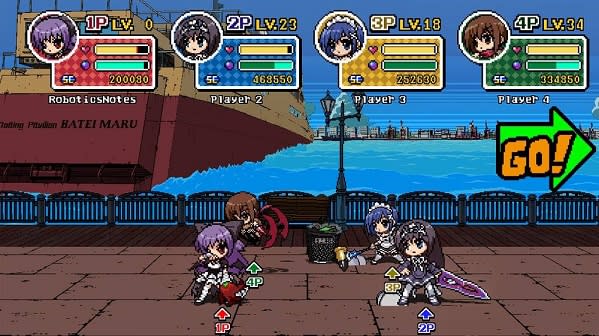 Retro-styled beat-em-up Phantom Breaker: Battle Grounds hits Western Vitas for the first time on July 29, both in North America and Europe. 5pb plans to release details on pricing and DLC soon, though it did confirm - no surprises - a PSN release only.

Xbox 360 owners may already be familiar with the four-player chibi-fied spinoff of fighter Phantom Breaker. Oddly, that game is still limited to Japan, yet Battle Grounds will soon be in the West on two separate platforms. As for new content, in Japan the game received new modes and characters as DLC, but we'll have to see how much 5pb has brought across.
[Image: 5pb Games]
In this article: 5pb, 5pb-games, europe, mages, north-america, phantom-breaker, phantom-breaker-battle-grounds, phantom-breaker-battlegrounds, playstation, playstation-vita, psn, release-date, vita
All products recommended by Engadget are selected by our editorial team, independent of our parent company. Some of our stories include affiliate links. If you buy something through one of these links, we may earn an affiliate commission.