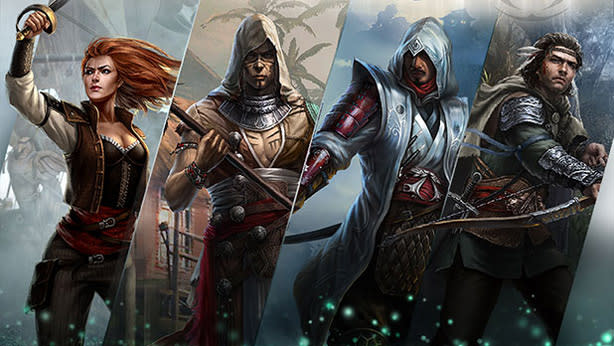 Ubisoft revealed today that a new free-to-play entry in its Assassin's Creed series is coming soon to Apple's iPhone, iPad and iPod Touch in collaboration with mobile publishers GREE and PlayNext.

A release date for Assassin's Creed Memories is not yet known.

[Image: Ubisoft]
In this article: assassins-creed-memories, free-to-play, gree, ios, ipad, iphone, mobile, playnext, ubisoft
All products recommended by Engadget are selected by our editorial team, independent of our parent company. Some of our stories include affiliate links. If you buy something through one of these links, we may earn an affiliate commission.