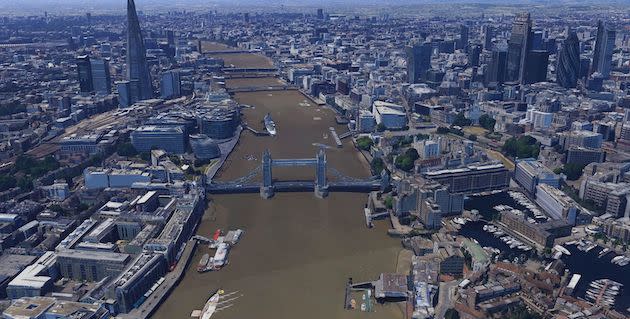 If you've ever wanted to explore London but haven't been able to fund the trip, Google wants to lend a hand. As part of its latest update, the search giant has unveiled a new 3D model of the city in both Maps and Google Earth, allowing you to pan, zoom and rotate your way down the Thames and past its popular landmarks. London is actually the fifth English city to appear in 3D on Google Maps after Reading, Leeds, Birmingham and Stoke on Trent, while Apple has offered similar (but maybe not as detailed) flythroughs of the capital for some time. Google is quick to point out that its 3D imagery covers the whole city, not just tourist spots and other iconic locations, so if you have some time to kill, head on over to the source link below and get explorin'. 6
In this article: 3d, 3d maps, city, google, google maps, london, street view, uk-feature
All products recommended by Engadget are selected by our editorial team, independent of our parent company. Some of our stories include affiliate links. If you buy something through one of these links, we may earn an affiliate commission.