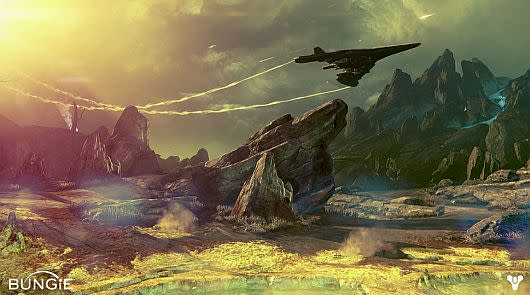 When Peter Dinklage, aka Tyrion Lannister, was announced as the voice of Destiny's voice-in-your-head companion, Ghost, fans went nuts. That is, until they heard the lines in the game's alpha build. Many complained that the Game of Thrones star wasn't giving the role his best effort, and a bit of a meme even formed from some particularly lackluster lines in the game's trailer.

But now, it seems Bungie listened to players and added a bit of effect to Dinklage's voice to spice things up a bit. The studio even went so far as to remove the now-internet-famous line, "That wizard came from the moon." Take a listen to the voiceover comparisons in the CVG video after the break to decide for yourself: did the mechanization of the audio improve things? Heck, it supposedly works for Britney Spears, right?

In this article: beta, bungie, console, destiny, peter-dinklage, sci-fi, shooter, voiceover
All products recommended by Engadget are selected by our editorial team, independent of our parent company. Some of our stories include affiliate links. If you buy something through one of these links, we may earn an affiliate commission.