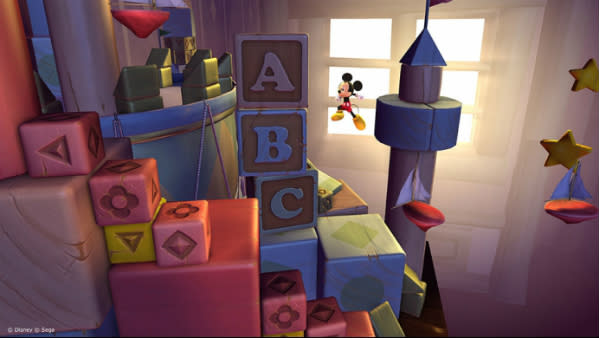 It's not a trick, Michael, it's Castle of Illusion Starring Mickey Mouse, and it's out this week on Mac. The 2013 remake of Disney's classic platformer hits the platform on Thursday, July 24, courtesy of Feral Interactive. It's priced $15 in the US and £10 across the pond.

In our four-star review, Danny Cowan deemed Castle of Illusion a "very successful remake." In his words, the new incarnation "captures the original's unique style while expanding on it in a meaningful way, without burdening the experience with unnecessary additions or other concessions to the Disney license. Castle of Illusion is blessed with a magic that transcends licensing, and 20 years after its initial release, it's still a damn fine platformer."
[Image: Disney]
In this article: castle-of-illusion-2013, Disney-Interactive, disney-interactive-studios, feral-interactive, mac, release-date, sega
All products recommended by Engadget are selected by our editorial team, independent of our parent company. Some of our stories include affiliate links. If you buy something through one of these links, we may earn an affiliate commission.