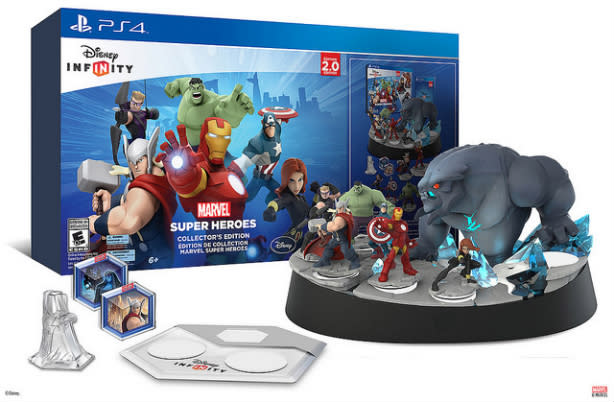 Additionally, a bundle featuring the Marvel Super Heroes 2.0 Starter Pack (which includes Thor, Black Widow and Iron Man), and a 12GB PS3 will launch in the fall for $250.

While the collector's display looks large, it probably won't require any assembly – the Avengers usually have that covered. [Images: Disney]
In this article: collectors-edition, disney, disney-infinity-marvel-super-heroes, Marvel, playstation, ps3, ps4, SONY
All products recommended by Engadget are selected by our editorial team, independent of our parent company. Some of our stories include affiliate links. If you buy something through one of these links, we may earn an affiliate commission.