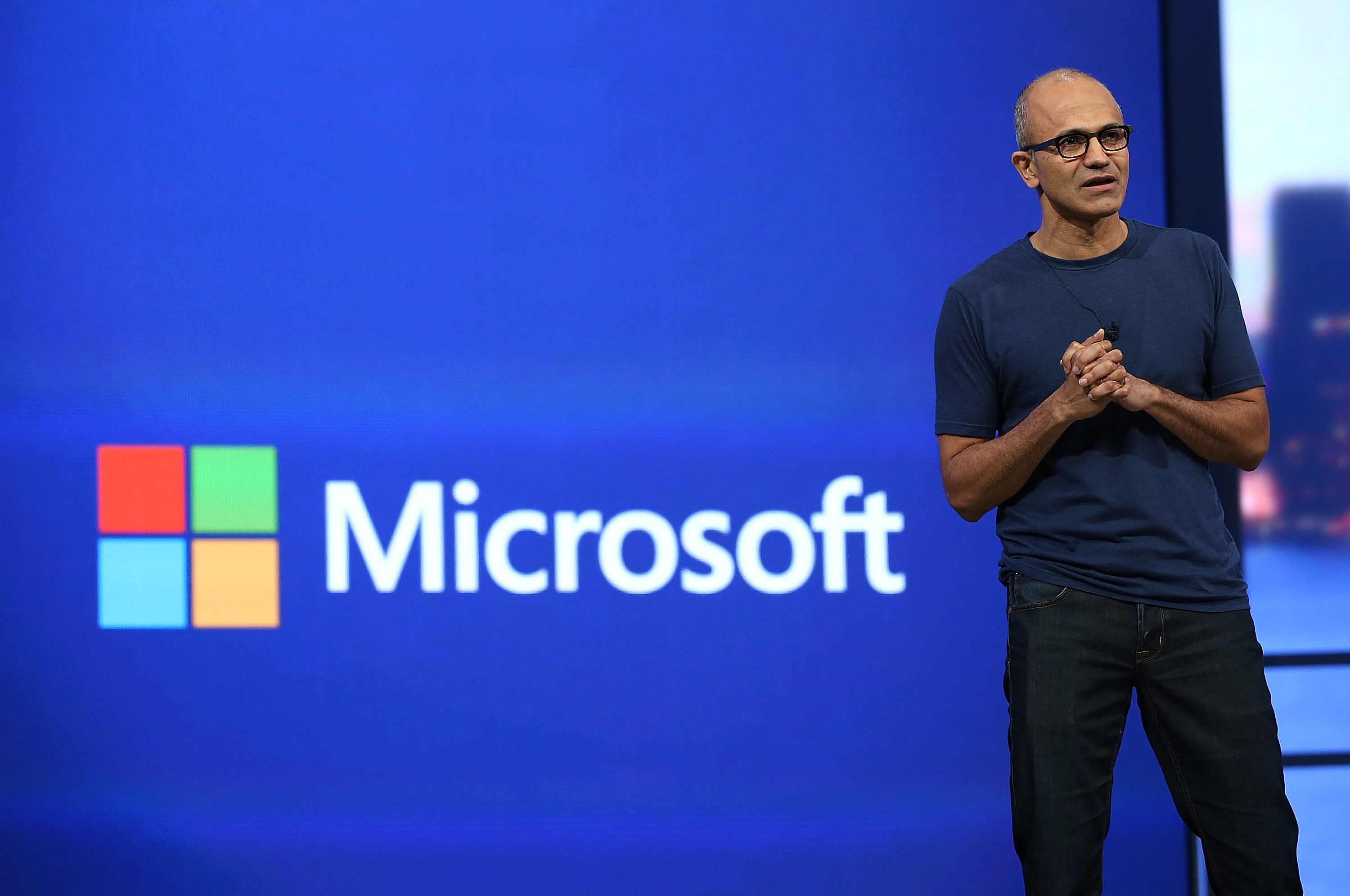 About two weeks ago, Microsoft CEO Satya Nadella penned a detailed memo to Microsoft employees, a mission statement of sorts, outlining the company's vision and strategy for the future. Upon reading the memo, along with a subsequent interview Nadella conducted with The Verge, I was struck by the fact that Microsoft still doesn't get it.

As Microsoft continues its push to remain relevant in the mobile space, it still doesn't appreciate the factors that allowed Apple to enter a market it had no previous experience in, and turn that market on its head with the iPhone. Arguably blinded by the profits brought in by its Windows monopoly and its suite of productivity software, Microsoft still doesn't seem to fully comprehend how the iPhone was able to push established players like RIM to the brink of irrelevancy in just a few years.

As an illustration, here is Nadella's response to a question from Joshua Topolsky regarding Microsoft's strategy to sell more devices to consumers.

You're defining the market as "It's already done, Apple and Google have won, because they won the consumer side." And I'm going to question that. I'm going to say "No, any thinking consumer should consider Microsoft because guess what, you're not just a consumer. You're also going to go to work, you're also going to be productive and we can do a better job for you in there." And that's what I want to appeal to.

And therein lies the problem.

Consumers primarily buy mobile devices that make their lives easier and more fun, work be damned. Microsoft Office wasn't available on the iPhone until June of 2013. An iPad version wasn't released until four months ago! And guess what, hundreds of millions of consumers bought iPhones and iPads anyhow.

The longer Microsoft continues to focus on the alleged allure of productivity software, the more it runs the risk of falling into the same trap as RIM, which remained so beholden to the notion of physical keyboards that it completely ignored the mass market to placate its beloved enterprise users. Just as RIM mistakenly believed that physical keyboards could fend off the growing popularity of the iPhone, Microsoft seems to believe that the abstract notion of "productivity" will help it garner more marketshare.

The underlying problem with this train of thought is that it ignores the fact that the iPhone helped usher in the consumerization of IT, the dynamic where individuals themselves are able to influence the type of mobile devices supported in their work environments. I witnessed this myself back in 2008 when the IT department at the company I worked for tried, for as long as it could, to delay official support for the iPhone in the face of growing employee demand. By the time 2009 rolled around, the IT department simply couldn't ignore the ever increasing number of iPhone-toting employees (and executives) demanding iPhone support.

Despite what Microsoft may believe, most consumers, when purchasing a smartphone, are not expressly looking for a device that makes them more efficient at work. Contrast Apple's notion of productivity (taking photos, editing movies, content creation, and sure, a little bit of word processing etc.) with the example Nadella relayed to The Verge.

So that's the core of the memo, and when I think about productivity for me, a good canonical example for us is what we are doing with Cortana. Think about what Cortana can do for you as a salesperson, walking out of a sales meeting. It knows your calendar so it knows which company and person you met, where you were because of the geofencing, it does your "CRM" work for you as opposed to just about getting you there in terms of your mapping information. So it's about a much more broad view of what an intelligent agent that we can produce [is] that can reason over data, that's personal, organizational, and [can] improve productivity.

Nadella expresses over and over again the notion of dual-use devices, which to me seems to indicate a clear lack of focus.

I don't think of the world as enterprise and consumer. I think of it as people. In fact, I call out the specific thing about dual-use, which is I think where we can be most unique. Look, there's always going to be Pandora on our devices. But what is it that we can do with our operating systems, with our cloud, with our software, which is different and unique? We can make OneDrive, and OneDrive for Business, which I will use to share photographs and save photographs for my business documents. We can do a fantastic job of bringing those things together in support of you, the individual who's spanning both personal life and work life. So to me, that's what we are about.

It's hard to read that and think that Microsoft is really able to distinguish the needs of the average consumer from those of an enterprise customer. It's why the bulk of Microsoft's Windows Phone and Surface advertisements tend to focus on the most boring use cases.

I can use Excel on my Surface to be productive? Yawn.

And check out this ad for Windows Phone. Note what's most prominently displayed -- Microsoft Office. Sure there's a market for tablet and smartphone productivity software, but targeting those features to mainstream consumers surely elicits nothing but yawns and glazed eyes. And again, it also ignores why the iPhone was able to become so successful.

Because Office is responsible for such a huge percentage of Microsoft's revenue, the company has never faced the fact that for most people, applications like Word and Excel are necessary evils that they tolerate or are indifferent to (at best) in order to get work done.

And yet, these are the use cases Microsoft continues to drone on and on about.

The iPhone demonstrated that people want to do work on the devices that entertain them. Microsoft's strategy is seemingly the opposite; telling consumers that work-oriented Microsoft devices can also be used for entertainment.

Nadella's memo mentions how Microsoft views each individual as a "dual user," yet the selling points Nadella makes for Microsoft products seem to wholly ignore the needs and interests of the average consumer.

We will think of every user as a potential "dual user" – people who will use technology for their work or school and also deeply use it in their personal digital life. They strive to get stuff done with technology, demanding new cloud-powered applications, extensively using time and calendar management, advanced expression, collaboration, meeting, search and research services, all with better security and privacy control.

It's almost painful to read. Who goes into a store looking for a smartphone with great time and calendar management?

I'll close with a story about Steve Jobs' view of the enterprise as told by VMware CEO Pat Gelsinger:

"I went with (former Intel CEO Paul) Otellini to meet with Jobs and his lieutenants. We go into this meeting and say Steve, let's work together to make your Macs better for enterprise customers. Jobs looks at us and says 'Why would I do anything for that orifice called the CIO?'" said Gelsinger. "At Intel we're aghast; two-thirds of our business is that orifice called the CIO. [Jobs] went on to say 'I'm going to build devices that are irresistible for consumers, and CIOs will just have to deal with it.'"

In this article: analysis, consumerization, iphone, Microsoft, opinion
All products recommended by Engadget are selected by our editorial team, independent of our parent company. Some of our stories include affiliate links. If you buy something through one of these links, we may earn an affiliate commission.