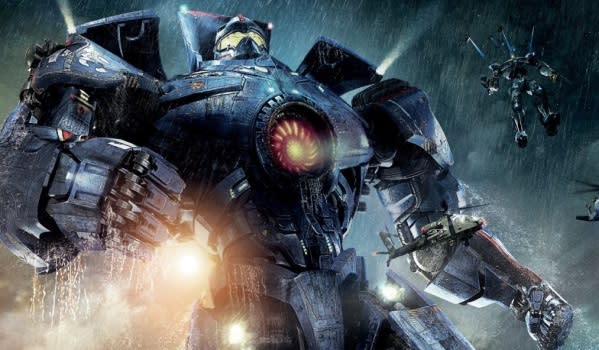 Legendary Pictures has a special treat for Pacific Rim fans visiting San Diego Comic-Con this weekend: the chance to pilot a Jaeger, one of the giant monster-punching robots from Guillermo Del Toro's 2013 action flick. Using the Oculus Rift, attendees can step into the virtual cockpit of the Jaeger Gipsy Danger as it fights off the Kaiju (see: giant monster) named Knifehead.

The VR demo is built in Unreal Engine 4, using the original film assets created by Industrial Light & Magic. Unfortunately, the promo video above doesn't show anything from inside the experience and Legendary has not said anything regarding a public demo, so those of us not in San Diego will have to settle for playing pretend without the benefit of hundreds-of-dollars-worth of technology strapped to our faces. Oh well.

*insert Pacific Rim theme song* Dunnuh-duh dunnuh-DUNNNN ...
[Image: Legendary Pictures]
In this article: comic-con, legendary-pictures, oculus, oculus-rift, pacific-rim, virtual-reality
All products recommended by Engadget are selected by our editorial team, independent of our parent company. Some of our stories include affiliate links. If you buy something through one of these links, we may earn an affiliate commission.