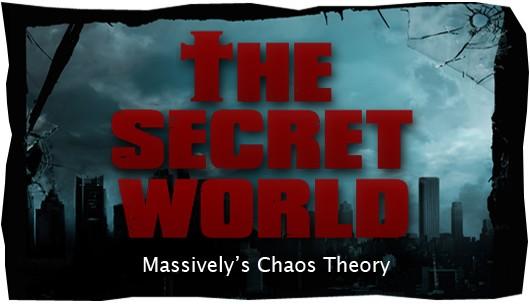 Last week we began our exploration of the value of The Secret World's DLCs by looking at the cost of the additional content relative to those who subscribe, those who don't, and those who are lifetime member grandmasters. But money isn't everything to everyone. As noted previously, value is a subjective judgment determined by whatever factors are most important to the individual making the assessment. So making the call on value will depend on which category/categories are used in the judging process.

With that in mind, this week we're going to delve into the content aspect of the various DLCs. Specifically, we'll look at quantity, quality, and type of content in each issue and sidestories pack. Other key factors that are of equal -- if not paramount -- importance to some players are whether or not the additional pack is necessary to further TSW's story (who wants to miss some important tidbit?) and how fun playing through it actually is. Each additional pack over and above the base game has a varied amount of content. These can include missions, story arcs, clothing, purple gear rewards, and more. (Using the cost scenario mentioned last week, I can already tell you that no, there isn't twice the game's worth of content added.) Is there enough of the content I prefer to justify the price?
Say you like only a specific type of the content, or perhaps you just prefer certain content over other content. It could be the well-acted cutscenes, investigation missions, or PvP. Then using the above listing of what is included in each DLC, you can decide which ones have the content you feel is worth buying. For example, someone who loathes investigation missions with a passion might easily pass up Sidestories: Further Analysis, whereas someone who lives for those experiences probably can't live without it! Note: If all you want is updated PvP, then you can skip all the DLCs altogether. Is the content itself good enough to justify the price?

In all cases, extra missions mean extra cutscenes, and this is never a bad thing in TSW. Many players consider the voice acting and the stories some the game's best assets. There isn't really a case where any of the cutscenes is subpar, but there are times when they are top notch! Is the content relevant enough and needed for the story to justify the price?

One question that some players feel important is whether or not the content is integral to understanding the main story or if it's just extraneous fluff. Certainly no one wants to miss out on information or clues vital to things making sense, but some could do without the filler content while others couldn't live without ever tiny morsel of fluff. So while all the standard issues do add depth to the main storyline and the history of what is going on, some may not feel as crucial to basic understanding moving forward.

Will I have enough fun playing this content to justify the price?
There is simply no way to look at this one objectively, but if you have fun with the type of content that is available within each DLC, then you will most likely enjoy the DLC to the same degree. If you are passionate about the style of the game, then the DLCs give you more of that. If you are ambivalent about or dislike the content in other areas of the game, then the DLCs would just be more of the same. Issue #9 presents a unique problem when it comes to determining value. For as long as we've all been following and anticipating the release of this content with eager hearts, we've thought of it as an expansion. After all, it is expanding the playable zones! To that effect, many -- myself included -- assumed that the area would be large and brimming with missions like any of the other zones. The fact that Tokyo would be broken into three full issues helped foster that belief. Unfortunately, the reality is that very few missions are available in Kaidan compared to the others, a fact that completely took players by surprise. When you hold up Kaidan's 14 missions to Kingsmouth's 65+, its definitely disappointing.

I will tell you that for me, the DLCs are definitely worth it. Each one furthers some aspect of the stories of this world; each one enhances the game and is most definitely worth experiencing for me. It doesn't hurt that my grandmaster-since-launch status affords me the best cost value by far, but my decision is based on a combination of these aspects with enjoyment and being the top consideration. Sure, I'd certainly like if the packs had more content, but I've always rated quality higher than quantity anyway. Can I say whether it will be a good value for you? No. But hopefully with these facts you can feel you are making a more informed decision based on what is most important to you. So what do you think? Are the DLCs a good value? Let me hear you in the comments below.

Conspiracies, paranoia, secrets, and chaos -- the breakfast of champions! Feast on a bowlful with MJ on Thursdays as she infiltrates The Secret World to bring you the latest word on the streets of Gaia in Chaos Theory. Heard some juicy whispers or have a few leads you want followed? Send them to mj@massively.com and she'll jump on the case!
In this article: 3-faction, 3-factions, bang-for-the-buck, buy-to-play, chaos-theory, conspiracy, conspiracy-thriiller, dark-days-are-coming, dragon, faction, faction-pvp, fantasy, featured, funcom, horror, illuminati, mythology, opinion, sci-fantasy, secret-world, secret-world-chaos-theory, skill-based, subscriptionless, templars, the-secret-world, the-secret-world-chaos-theory, three-faction, three-faction-pvp, three-factions, tsw, tsw-chaos-theory, tsw-dragon, value, value-of-content
All products recommended by Engadget are selected by our editorial team, independent of our parent company. Some of our stories include affiliate links. If you buy something through one of these links, we may earn an affiliate commission.