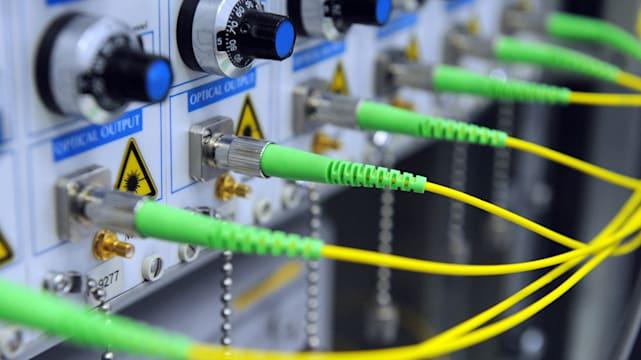 Since Apple began relying on downloaded upgrades of its operating system and software products, the need for a fast content delivery network (CDN) has been apparent whenever millions of users have tried to reach out for upgrades, and were suddenly silenced. Well, the next upgrades should be a bit smoother, as an industry analyst reports that Apple's fast CDN has gone live in the US and Europe.

The CDN can handle "multiple terabits per second of capacity," and according to Frost & Sullivan analyst Dan Rayburn, Apple has invested "well more than $100M in their CDN build out." That's not all -- Apple has reportedly paid Comcast and other internet service providers for direct access to their networks. Rayburn did a trace route on OS X downloads from a number of ISPs showing that the downloads were coming directly from Apple's CDN.

Rayburn talked to ISPs who say that "Apple has put a massive amount of capacity in place, with many saying that Apple has more than 10x the capacity they are using today." That will come in handy when OS X 10.10 Yosemite is released later this year and should speed up other downloads as well. To quote Rayburn,

Apple already controls the hardware, the OS (iOS/OS X) as well as the iTunes/App store platforms. Right now they control the entire customer experience, except for the way content is delivered to their devices, and they are quickly working to change that. While Apple doesn't own the last mile, paying to connect directly to it (in some places) and delivering content from their own servers allows them much more control over the user experience, especially for cloud based services. Over time, this is something that will make the experience and performance for consumers even better – and Apple's only just getting started.

In this article: apple, CDN, Comcast, ISP, OS X Yosemite
All products recommended by Engadget are selected by our editorial team, independent of our parent company. Some of our stories include affiliate links. If you buy something through one of these links, we may earn an affiliate commission.