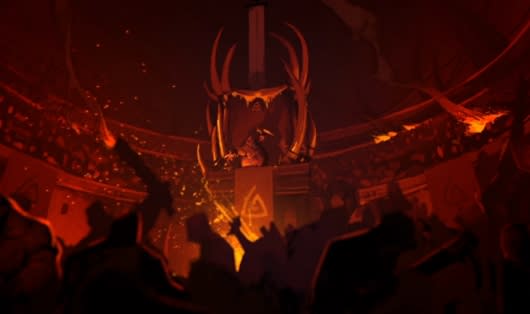 World of Warcraft: Warlords of Draenor will be coming to players this November 13th.

"The age of the whimsical panda is over!" Chris Metzen proclaimed to a crowd of cheering fans at the Ace Theatre in Los Angeles.

During the street date announcement, Blizzard talked about the lore of the expansion and showed the first episode of a new five-part animated lore mini-series called Lords of War. The studio also showed the opening cinematic for Warlords of Draenor, after which the release date was mentioned for the first time.

We've got the first episode of Lords of War, the animated series teaser, and the cinematic for you after the break!

In this article: activision, animated, blizzard, blizzard-entertainment, breaking, chris-metzen, draenor, expansion, fantasy, lords-of-war, miniseries, release-date, trailer, video, warcraft, warlords-of-draenor, wod, world-of-warcraft, wow
All products recommended by Engadget are selected by our editorial team, independent of our parent company. Some of our stories include affiliate links. If you buy something through one of these links, we may earn an affiliate commission.