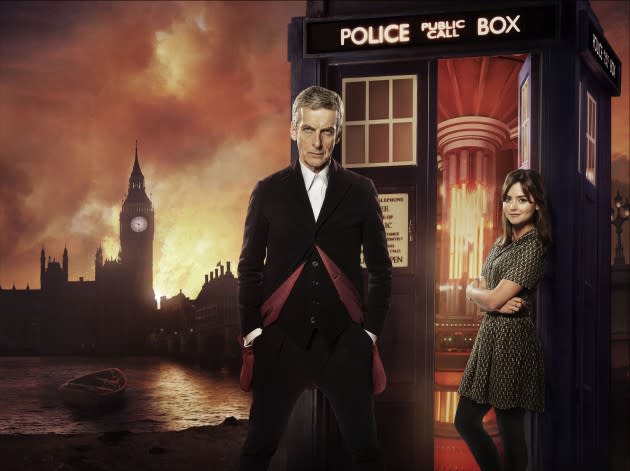 Shark Week is no longer upon us, and real NFL action is almost here. But first, we've got a few more things to get around, including the premiere of a new season of Doctor Who, with Peter Capaldi taking over the title role of The Doctor. Netflix also has a couple of premieres this week, with its new series starring Will Arnett as the voice of Bojack Horseman plus a US/Canada premiere for the BBC drama Happy Valley. The F1 series continues in Belgium, and on HBO fans will be able to see the last episode of True Blood. Diablo III: Reaper of Souls - Ultimate Evil Edition brings the series to next-gen consoles this week as well (in 1080p on Xbox One and PS4) and with some options for cross-platform saves. On Blu-ray there's The Amazing Spider-Man 2, and a new Y Tu Mama Tambien release from Criterion. Check after the break for a list of what's new this week plus a few trailers, and drop a note in the comments if you see any highlights we've missed.

In this article: bojackhorseman, diabloiii, doctorwho, hdpostcross, MustSeeHdtv, video
All products recommended by Engadget are selected by our editorial team, independent of our parent company. Some of our stories include affiliate links. If you buy something through one of these links, we may earn an affiliate commission.