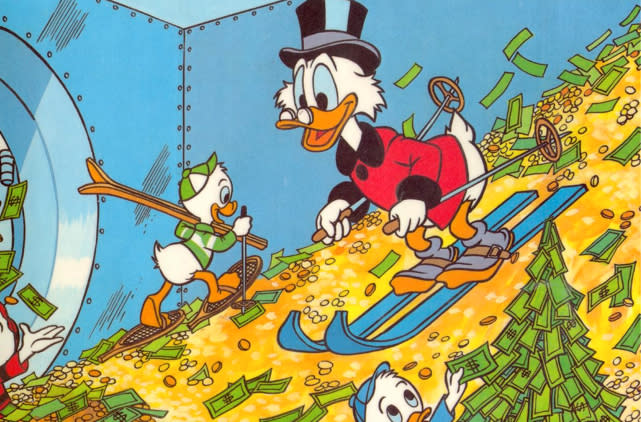 The iPhone 6 is going to suck, nobody wants an iPad, and the iWatch is going to cost US$3,000, so it's really quite surprising that despite all this on its plate, Apple is still managing to creep near to its highest stock price in history today. At the time of this writing, AAPL is sitting at 100.38, which puts it slightly ahead of its previous closing high water mark that it achieved in September of 2012. Its previous intraday high, which was closer to the 100.75 mark, remains elusive.

This is just the latest in a long and turbulent history between Apple and Wall Street. The two have never really gotten along. Apple's stock price often fluctuates at seemingly random times, and even has a habit of dropping after good news is released. Investors and analysts have never really understood the company, but that's never really been an issue for Apple's bottom line.

In this article: aapl, apple, stock price, wall street
All products recommended by Engadget are selected by our editorial team, independent of our parent company. Some of our stories include affiliate links. If you buy something through one of these links, we may earn an affiliate commission.