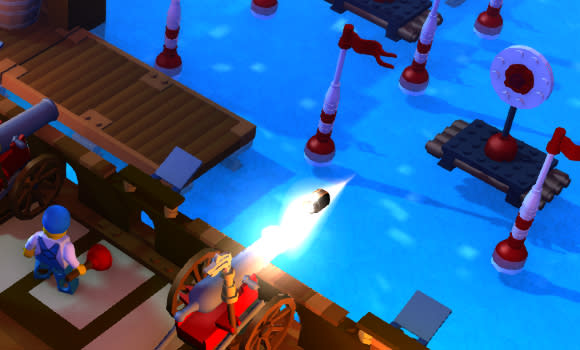 Earlier this year after announcing sunsets for the apparently popular Free Realms and three other titles, SOE's John Smedley declared that his studio was done with MMOs aimed at children. "No more kid's games," he said on Reddit. "Kids don't spend well and it's very difficult to run a kids game. Turns out kids do mean stuff to each other a lot."

The last comment is no doubt true and manifests primarily in unfettered chat, as former Massively writer Karen Bryan explored a few years ago. But is it likewise true that "kids don't spend well"? Kid-friendly games like Wizard101 and Super Hero Squad Online seem to be doing just fine. Funcom sure thought the market was ripe for another go at a LEGO MMO. And I suspect that tweens are heavily responsible for some of the crazy IAP spending going on in the mobile space. If I were a kid now instead of in the '90s, I would have blown my allowance on Guild Wars 2 microtrans instead of comic books and trading cards.

What do you think? Are kids truly as terrible an MMO audience as SOE believes?

Every morning, the Massively bloggers probe the minds of their readers with deep, thought-provoking questions about that most serious of topics: massively online gaming. We crave your opinions, so grab your caffeinated beverage of choice and chime in on today's Daily Grind!
In this article: brianna-royce-tdg, chat, children, daily-grind, free-realms, john-smedley, kid-friendly-mmo, opinion, shso, soe, super-hero-squad-online, tdg, the-daily-grind, wizard101
All products recommended by Engadget are selected by our editorial team, independent of our parent company. Some of our stories include affiliate links. If you buy something through one of these links, we may earn an affiliate commission.