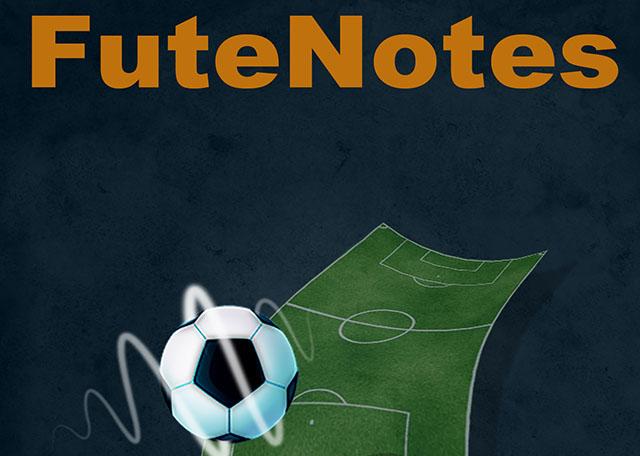 The FuteNotes app is intended to be used by local youth soccer coaches or parents assisting the coaches but could also be used by fans who like to track their favorite professional team. The app, priced at US$2.99 works on the iPad and requires iOS 4.3 or later. With all the data entered ahead of time, you can track each player's playing time, where his or her shots came from and the result of each shot. The app also tracks direct kicks, corner kicks, and penalty kicks. You can even follow a shootout if your league uses that feature to decide games.

The app require quite a bit of data entry before you start using it. FuteNotes has a help section that takes you step-by-step through all the date entry and how to start tracking each match.

First you need to enter the information about your team including team name, the city where the game is being played, the complex or field for the games are played, when you season begins and when it ends. Once you have completed that entry it's time to move on to individual players. For each team member you enter first and last names, an email address (more on that in a minute), height, weight, birthdate, and primary position such as striker, central midfielder, fullback or goalkeeper. You can also upload a photo of each player and that becomes important too. This information is saved and can be used for future matches.

Once you complete the date entry you are ready to start a match and track the team and each player's progress. After you have chosen the game you want to track an empty soccer pitch appears with all your active players on the sideline. The players are identified by their photos so as you can see in my test, each player just says Insert Photo. If you don't have photos, an option is to turn on the "Player Time" feature and the player's first name and last name initial will appear.

Now the match begins, you tap the scoreboard clock once, and starting tracking. To record a shot, direct kick, etc. Take the soccer ball that is on the field, drag it over the player taking the shot or kick, and then place the ball at the spot on the field where the kick took place. Once you do that you can tap the ball and another window appears that allows you to record what kind of kick, shot, corner, etc, and the result on goal or not and if on goal did it go in. This information is saved and at the end of the game you will receive a statistical breakdown for every player on your team.

In addition to tracking the kicks and shots, the app user can take notes that can be later passed on via email to the players or coaches. This might include that a player was out of position or made a special effort to score a goal.

Most youth soccer leagues stress that all players get equal playing time, FuteNotes tracks that for you. It keeps a running time on each player on the pitch and when substitutions are made you can note that and stops the running time of the player taken off the field. Overall this app offers a lot of useful data to youth coaches and parents who want to track their youth soccer players. FuteNotes requires a lot of data entry up front and for the user to be busy during the actual match but that effort could pay off with better players and more wins at the end of the season.

In this article: Analysis, iOS, iPad, review, Soccer, sports, Youth Soccer
All products recommended by Engadget are selected by our editorial team, independent of our parent company. Some of our stories include affiliate links. If you buy something through one of these links, we may earn an affiliate commission.