Apple sends out invites for Chinese media event on September 11 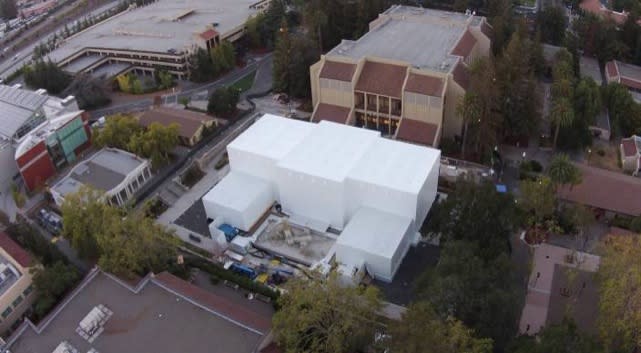 There's speculation about just what Apple intends to do with a decent-sized, temporary structure it has erected for its September 9 press event. Here's an overhead photo of the structure taken from a drone.

Does anyone else think drones will replace paparazzi within the next 10 years?

Got a drone photo of Apple's building for next week's event at the Flint Center. @9to5mac pic.twitter.com/ycIKiC4v9U

In this article: apple events, iphone event, september 9
All products recommended by Engadget are selected by our editorial team, independent of our parent company. Some of our stories include affiliate links. If you buy something through one of these links, we may earn an affiliate commission.