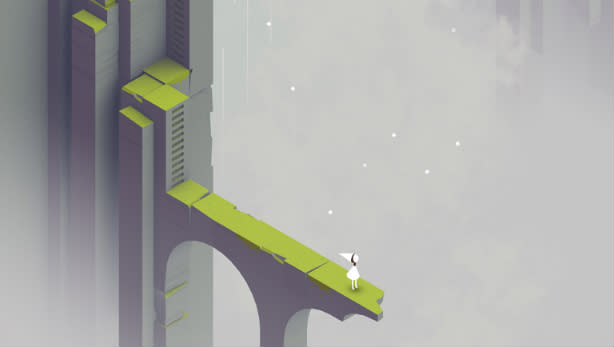 Yes, that is a pun in the headline. Thank you for noticing.

Monument Valley is getting new "lost scenes" designed to double the average gameplay time of 90 minutes, and this is one of those levels. Well, it's part of one of those levels, as this one appears to be fairly grand. Developer ustwo shared the photo on Twitter (view it in full below).

There's no word on a launch window for the new levels. Monument Valley recouped its cost of development in one week, reached 1 million sales in four months and won an Apple Design Award since launching in April. [Image: ustwo]
In this article: android, ios, ipad, iphone, mobile, monument-valley, ustwo
All products recommended by Engadget are selected by our editorial team, independent of our parent company. Some of our stories include affiliate links. If you buy something through one of these links, we may earn an affiliate commission.