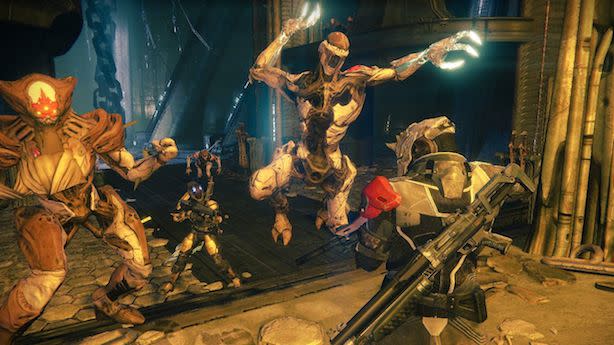 Welcome to Stiq Figures, where the sales data is after the break and the posts don't matter.
With the rise of digital storefronts and all-in-one gaming consoles, there are a few more options to distribute demos than bundling compilation discs with gaming magazines. The modern difference is particularly underlined with Steam's Early Access, where betas and generally-unfinished portions of games can be sold with the promise of eventual full admission to the final experience. It seems increasingly more common for pre-orders to be rewarded with a headstart too, as was the case with Destiny's beta.

The decision to pay for access to unfinished concepts is always in the hands of a player, of course, but between Kickstarters, Early Access and pre-order samples, it all makes me wonder: How do you feel about it? Is there a thrill to getting a headstart on something you've been dying to play, even if it's rough around the edges or a year away from completion? Would you prefer it if development teams stuck to trailers, press releases and livestreams to promote their work? Is a compelling Kickstarter pitch enough to get a few bucks from you?