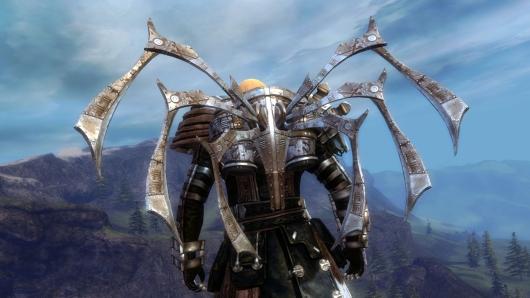 Most PvP contests require you to actually be good at PvP. That seems fair, really, just as cooking contests generally work best when they feature people who are at least passingly familiar with cooking. But the two new Guild Wars 2 WvW contests don't actually require you to be any good at WvW, just good at showing the feature off. ArenaNet has partnered with Overwolf to kick off two WvW contests that are all about promoting and celebrating WvW, even if you aren't much of a player.

The first contest is looking for the players who use the Overwolf application while streaming, aiming for the highest number of concurrent viewers on Twitch. Whoever wins gets some SteelSeries peripherals as well as 8,000 gems. Meanwhile, if that's not your thing, you can also create a WvW War Report, share it via YouTube, and be eligible to win 5,000 gems if your offering is the best. So it's not about your PvP skill here, just about your ability to entertain people via that skill (or lack thereof).
In this article: anet, arenanet, buy-to-play, contest, contests, fantasy, guild-wars-2, gw2, ncsoft, news, news-items, overwolf, promotion, promotions, pvp, video, video-contest, videos, world-vs-world, wvw
All products recommended by Engadget are selected by our editorial team, independent of our parent company. Some of our stories include affiliate links. If you buy something through one of these links, we may earn an affiliate commission.