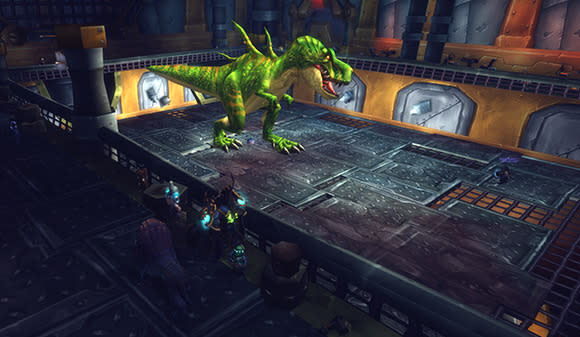 If you're still working on your Brawler's Guild achievements, get a move on - you have until Patch 6.0.2 to get that all done, because as soon as that drops, the Brawler's Guild will be closed until Warlords of Draenor comes out.

Blizzard - Patch 6.0.2 patch notes
source
All current Brawler's Guild achievements will become Feats of Strength, and the fights won't be accessible until we get all new ones for Warlords of Draenor. But if you're a member, you don't have to worry about getting another invite, at least -- membership is for life.
In this article: Brawlers-Guild, patch-6.0.2, PTR, warlords-of-draenor
All products recommended by Engadget are selected by our editorial team, independent of our parent company. Some of our stories include affiliate links. If you buy something through one of these links, we may earn an affiliate commission.