Recommended Reading: What will astronauts eat while exploring Mars?

Tim Cook explains why the iPod Classic had to die 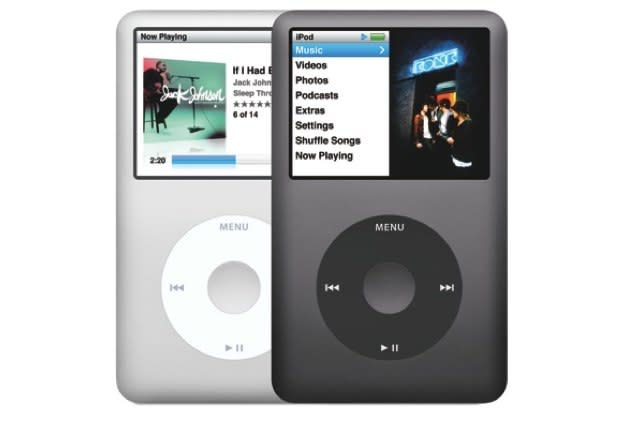 Apple two weeks ago unceremoniously killed the iPod Classic, the last vestige of Apple's iPod glory days. While the iPod shuffle, nano, and touch all remain, the form factor that became synonymous with the digital music revolution is decidedly nothing more than a memory now.

In the wake of the iPod Classic's timely demise, Fast Company was able to touch base with Tony Fadell, the man largely credited with creating the iconic MP3 player. Fadell said he was sad to see the iPod Classic go, but understands that the advent of cloud computing made it all but inevitable.

"I'm sad to see it go," Fadell admits in a phone interview. "The iPod's been a huge part of my life for the last decade. The team that worked on the iPod poured literally everything into making it what it was." Eighteen months after launch, the iPod owned the portable media player category, and for the next decade, it continued to do so. "Products just don't come around like that often," laments Fadell. "The iPod was one-in-a-million."

Interestingly, Fadell adds that the iPod team at Apple was well aware, even back in the early 2000s, that streaming music would ultimately spell the end for the traditional hard drive based MP3 player.

"We called it the 'celestial jukebox in the sky'", Fadell said. "And we have that now: music in the cloud."

Fadell initially joined Apple back in February of 2001 where he was tasked with designing the iPod and orchestrating Apple's foray into the MP3 player market. Just six months later, Steve Jobs introduced the iPod to the world and Apple would forever be changed.

In this article: ipod classic, tony fadell
All products recommended by Engadget are selected by our editorial team, independent of our parent company. Some of our stories include affiliate links. If you buy something through one of these links, we may earn an affiliate commission.