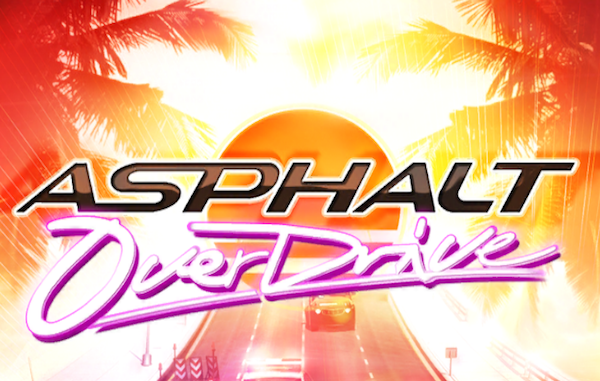 Asphalt Overdrive is a new racing game from Gameloft that is both classic and exciting. The design quality and energy of this game makes it feel more current than older racing games. It is compatible with both the iPad and iPhone. It requires iOS 6 or later and is optimized for the iPhone 5. The app requires a user to have access to internet, which is unfortunate because my favorite time to play games like this is on the train where I often do not have internet access.

The goal of the game is to complete short courses and escape from the police by using driving skills and car maintenance knowledge. You must touch the icon at the bottom of the screen as each race begins at just the right second to get an instant nitro boost that is extremely helpful in beating levels and earning stars. When you earn stars, you unlock more races. To earn stars and finish races, it is helpful to use your money and gold bars to purchase car parts, nitro boosts, and other upgrades. You are able to customize your vehicle in the auto shop and even create a free custom license plate. The graphics are very beautifully animated in 3D. Its design is reminiscent of classic racing games yet with a more high definition feel. For a free app, I'm truly impressed by the high level of design. It looks just like a video game you can purchase to play on a console. I'm guessing there was some funding behind the app - there are Ford logos included in the background of the auto shop scenes. There are an excessive amount of in app purchases available. Gameloft aims to incorporate a social media element with the option to invite friends from Facebook. Users are also encouraged to create or join gangs to increase success in the game. This could give users a role playing aspect to live vicariously through your characters and become addicted to this racing world much like other simulation games such as Second Life.

Asphalt Overdrive is a very well designed game that has the potential to be very popular with iPad and iPhone users. Given the high quality graphics, I would prefer to play this on an iPad to see the images on a larger screen. It is a surprisingly difficult game to excel in. It is pretty easy to crash into other vehicles ad obstacles. I think about giving the game another shot every time I put it down because it is just challenging enough to hold my amusement. I recommend it to anyone who enjoys street racing games.

In this article: Asphalt Overdrive, games, iOS, iPad, iPhone, iPod, racing, racing games, review
All products recommended by Engadget are selected by our editorial team, independent of our parent company. Some of our stories include affiliate links. If you buy something through one of these links, we may earn an affiliate commission.
Share
Tweet
Share