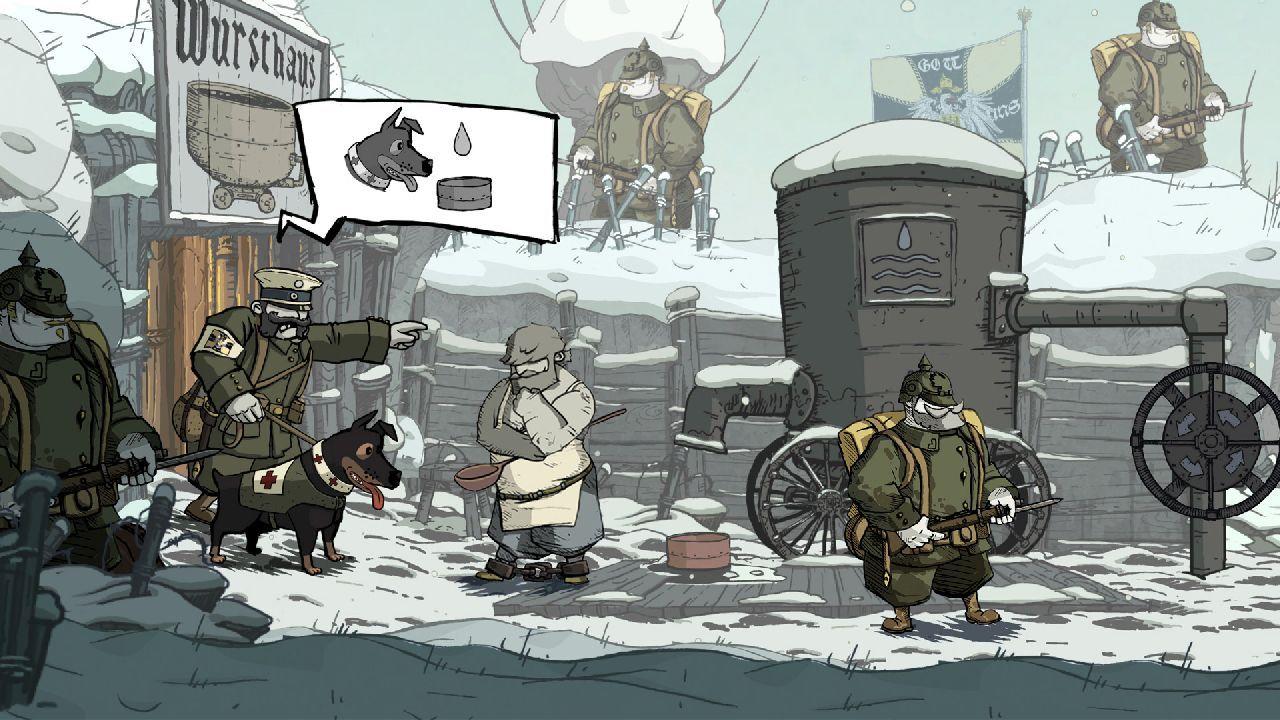 Walt gets plenty of screen time in Valiant Hearts: The Great War, but no one's going to blame you for wanting to see more of the adorable, four-legged sidekick. Fortunately, Valiant Hearts' iOS breed of players have earned a related treat: according to the Ubiblog, an "interactive comic book" starring Walt and his sister will be offered for free on November 6 to anyone that purchases or already has Ubisoft's emotional war story on iOS devices.

The comic book follows a canine contribution during the initial years of World War 1, with players helping the pair save lives and deliver messages via touch navigation. The blog post doesn't mention the comic's appearance beside the PS4, Xbox One, PS3, Xbox 360 or PC versions of Valiant Hearts, so newcomers and veterans without tours in iOS territory are facing the same $4.99 price tag for now.

Our review of Valiant Hearts praised the adventure as "a war game that recalls, in memories both cheerful and sad, that there is a person first, then a soldier, and then - if you're lucky – a hero."
[Image: Ubisoft]
In this article: comic-book, ios, ipad, iphone, mobile, valiant-hearts, valiant-hearts-the-great-war, walt
All products recommended by Engadget are selected by our editorial team, independent of our parent company. Some of our stories include affiliate links. If you buy something through one of these links, we may earn an affiliate commission.