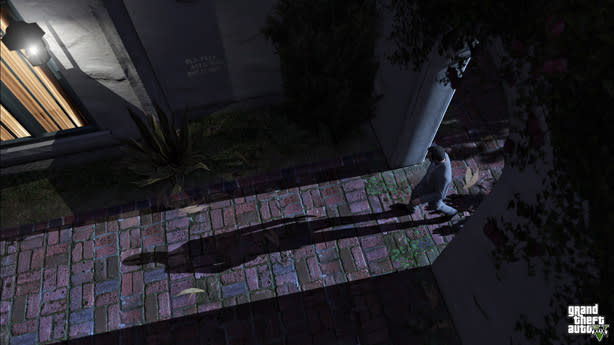 Rockstar has revealed a suite of new features exclusive to the upcoming PlayStation 4, Xbox One, and PC versions of Grand Theft Auto 5, including new vehicles, in-game events, and missions.

Players returning to Los Santos can expect to find new challenges tied to next-gen exclusive vehicles like the Imponte Duke O'Death, the Cheval Marshall monster truck, and the Dodo seaplane. The upgrade also offers an all-new murder mystery that scatters clues throughout Grand Theft Auto 5's expansive map, with noir-style camera filters awarded to players who can crack the case.

Other new additions include the Hatchet and Rail Gun weapons, stock car races, updated radio station playlists, and a Wildlife Photography Challenge that unlocks a submarine when completed.

Rockstar additionally revealed that GTA Online character progress will carry over into the Xbox One, PS4, and PC versions of Grand Theft Auto 5 via a one-time save transfer. Unlocked platform-exclusive content will also transfer alongside character data, and all player-created Jobs will be retained.

[Image: Rockstar]
In this article: grand-theft-auto-5, gta-online, microsoft, pc, playstation, ps4, rockstar, upgrade, xbox-one
All products recommended by Engadget are selected by our editorial team, independent of our parent company. Some of our stories include affiliate links. If you buy something through one of these links, we may earn an affiliate commission.