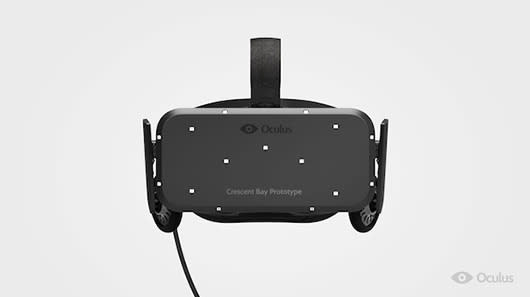 In a recent quarterly earnings conference call (report on Gamasutra), Facebook head Mark Zuckerberg touched on his plans for the future of Oculus VR, the recently acquired virtual reality headset company that Zuckerberg describes as "a long-term bet on the future of computing."

"Every 10 to 15 years a new major computing platform arrives ... Virtual reality and augmented reality are an important part of this platform," Zuckerberg stated. "Our efforts here will take longer to achieve their full impact, but we will prepare for the future by continuing to invest aggressively."

By "future" Zuckerberg means a timeline spanning the next decade. "[The Oculus Rift VR headset] needs to reach a very large scale - 50 to 100 million units - before it will really be a very meaningful thing as a computing platform, so I do think it's going to take a bunch of years to get there," he said. "[W]hen I'm talking about it as a 10-year thing, I'm talking about building the first set of devices, and then building the audience and the ecosystem around that, until it eventually becomes a business."

While Zuckerberg offered no specifics on his plans for Oculus VR, it's clear that Facebook is taking a careful, long-term approach to what is simultaneously the potential future of computing and a largely unproven technology. That's smart, but it also means that the average person won't be immersed in virtual reality for at least a few more years.
[Image: Facebook]
In this article: facebook, mark-zuckerberg, oculus-rift, oculus-vr
All products recommended by Engadget are selected by our editorial team, independent of our parent company. Some of our stories include affiliate links. If you buy something through one of these links, we may earn an affiliate commission.