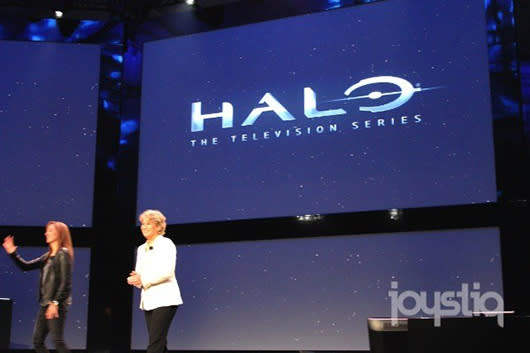 The good news is that the closure of Xbox Entertainment Studios signals an end to the mounting layoffs that have haunted Microsoft since Satya Nadella was promoted to CEO following the departure of Steve Ballmer. The bad news is that the abrupt closure has likely killed any projects that were still in the works at Xbox Entertainment Studios. Variety reports that studio head Nancy Tellem initially expected to have more time to "sort through the thicket of rights issues involved in relocating the scripted and nonscripted projects" prior to the studio being shuttered.

Despite the closure of Xbox Entertainment Studios, Microsoft remains committed to the live-action Halo: Nightfall digital series. Barring catastrophe, the Ridley Scott-produced adaptation will debut in early November.
In this article: layoffs, microsoft, xbox-entertainment-studios
All products recommended by Engadget are selected by our editorial team, independent of our parent company. Some of our stories include affiliate links. If you buy something through one of these links, we may earn an affiliate commission.