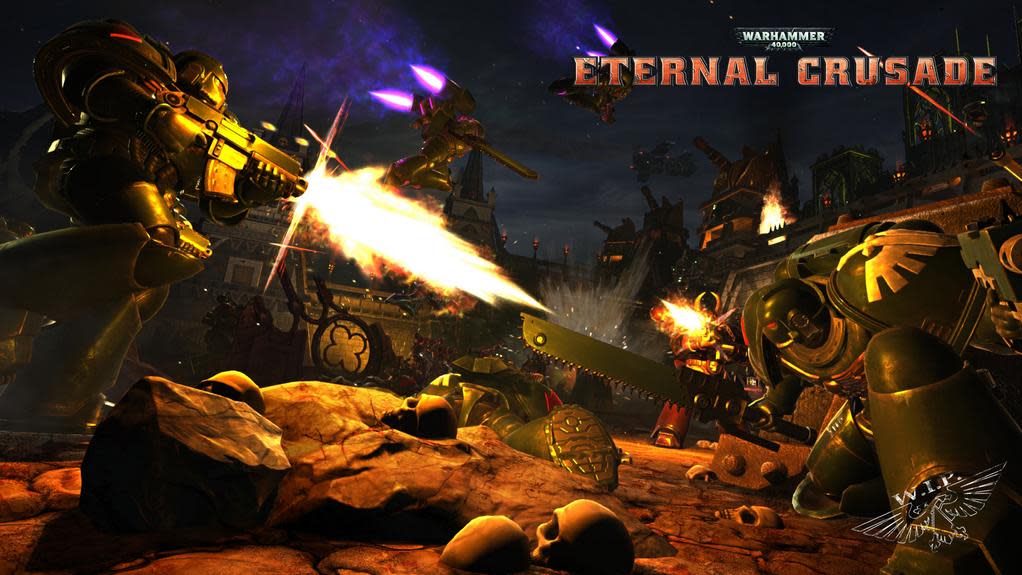 Warhammer 40,000: Eternal Crusade has just announced a new founder pack option, the pioneer pack. Pre-order founder packs running from $40 to $450 went live last June, but the newly announced pioneer packs cost only $15. They're aimed squarely at gamers "who want to contribute to the founder's program [...] without as much of an investment," says Behaviour Online's Miguel Caron.

The game's planned hybrid model will restrict free-to-play gamers to the Ork Boyz faction. Pioneer packs "extend the Ork experience" with perks including an Ork-only character slot, 15,000 RTP, badges, gear, and the opportunity to pay for access to the game module planned for early 2015.

In this article: action-mmorpg, behaviour, behaviour-interactive, eternal-crusade, trailer, trailers, video, videos, warhamer-40k, warhammer, warhammer-40k-eternal-crusade, warhammer-eternal-crusade
All products recommended by Engadget are selected by our editorial team, independent of our parent company. Some of our stories include affiliate links. If you buy something through one of these links, we may earn an affiliate commission.