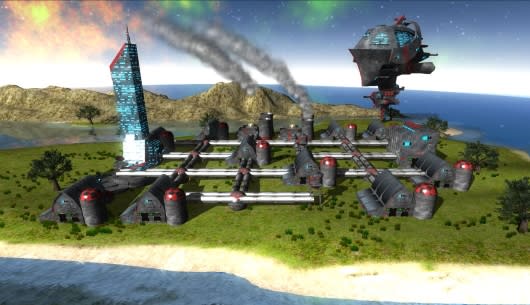 The race to fund Ascent: The Space Game through Kickstarter came down to the wire, but in the final moments, the community came through and passed its $35,000 AUD goal by $334 AUD.

This is obviously good news for the game's fans and for Fluffy Kittens Studio (and no, we will never get tired of typing that name). The money will be put to good use, says the lead dev: "The $35,000 Kickstarter goal will allow us to add four months to Ascent's development, resulting in a total of eight months of development time. We strongly believe that the added time will allow us to greatly expand the game's user base by polishing the visuals and fixing the user interface."
In this article: ascent, ascent-the-space-game, city-building-sim, city-sim, city-simulator, colonization, crowdfunding, desura, fluffy-kitten-studios, greenlight, interview, interviews, james-hicks, kickstarter, pve, sci-fi, space, steam
All products recommended by Engadget are selected by our editorial team, independent of our parent company. Some of our stories include affiliate links. If you buy something through one of these links, we may earn an affiliate commission.