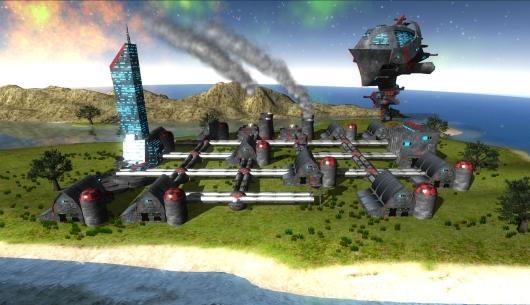 Ascent passed its Kickstarter campaign goal last week, for which I say, "Jolly good for it!" It's an ambitious little space sandbox that I'd really like to see succeed, if only for the size of the sole developer's eyes as he sits down to program an entire universe. Yet I doubt that I'll ever play it, and that bothers me.

Smaller MMOs may have really cool ideas, but I have a hard time getting over the tiny populations and the increased potential for such titles to go belly-up if they can't make ends meet. Plus, indie MMOs tend to be more rough around the edges, and I've grown lazy and fat on far more polished titles.

Perhaps that's really wrong of me. What about you? What's holding you back from playing indie MMOs?

Every morning, the Massively bloggers probe the minds of their readers with deep, thought-provoking questions about that most serious of topics: massively online gaming. We crave your opinions, so grab your caffeinated beverage of choice and chime in on today's Daily Grind!
In this article: ascent, daily-grind, indie, indie-mmos, kickstarter, opinion, tdg, the-daily-grind
All products recommended by Engadget are selected by our editorial team, independent of our parent company. Some of our stories include affiliate links. If you buy something through one of these links, we may earn an affiliate commission.